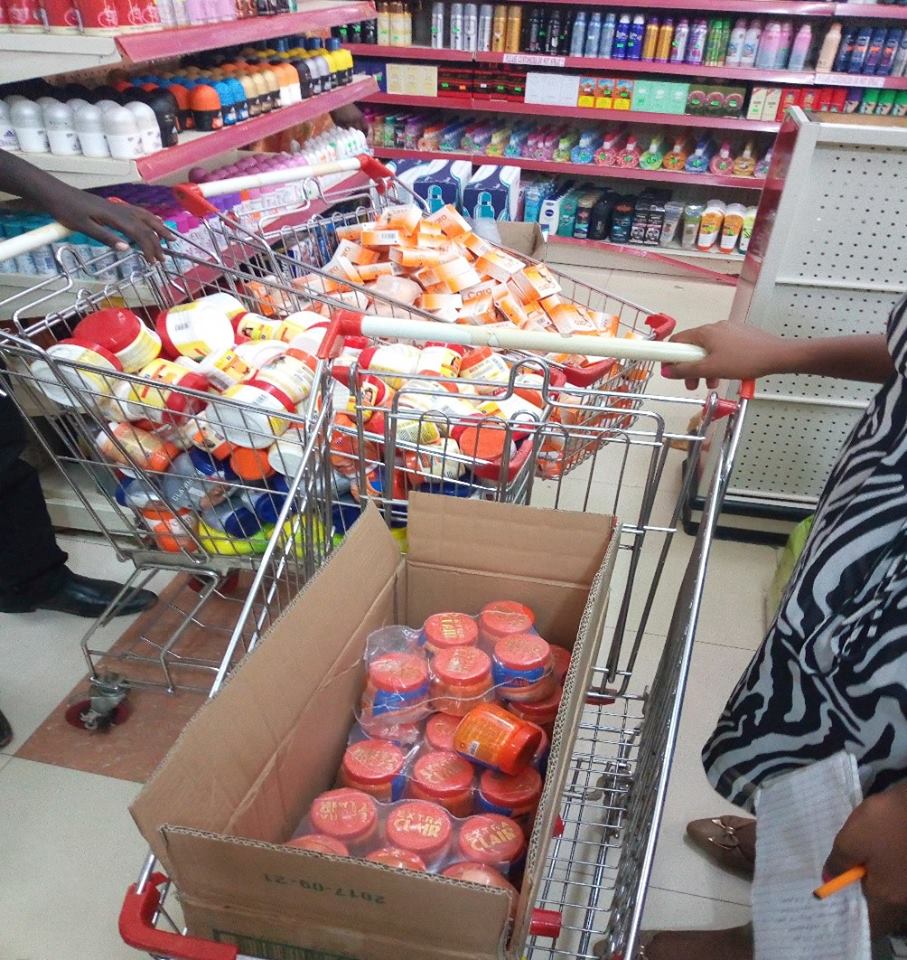 Uganda National Bureau of Standards (UNBS) maintains the ban on cosmetics that contain mercury and hydroquinone.

Hydroquinone and Mercury are common active ingredient that are found in a number of skin care products. These ingredients are designed specifically to lighten or bleach the skin.

In 2016, UNBS banned the manufacture, importation and sale of cosmetics that contain mercury and hydroquinone.

The ban was effected after UNBS tested some cosmetics and were found to contain mercury exceeding the level permitted by the UNBS standards (US EAS 377-1:2013), while others contained potent ingredients like hydroquinone.

Hydroquinone has been banned in many countries like Japan, the European Union and Australia.

Research has established that hydroquinone is a carcinogenic or a cancer causing chemical (yamaguchi et al, 1989). Hydroquinone has also been linked to the medical condition known as ochronosis in which the skin becomes dark and thick;

Studies also report that mercury is a “toxic heavy metal” that can lead to rashes, skin discoloration and blotching. Long-term exposure to high levels of mercury can also cause damage to the kidneys, as well as digestive and nervous systems and other vital organs.

Cosmetics are governed by a number of compulsory Uganda Standards including Uganda standard (US EAS 377-1:2013, which state that there shall not be any hydroquinone or mercury in cosmetics to be used for skin applications.

The standard however states that 2% hydroquinone is permissible for cosmetics to be used on hair.

UNBS would like to inform the public that cosmetics containing hydroquinone on the market have been smuggled into the country through various porous borders but are not cleared by UNBS as alleged by the public.

UNBS also advises the public to be cautious when purchasing cosmetic products from the market. It is advisable to buy such products from reliable and reputable sources such as registered pharmacies or established retail stores. We would like to urge the public to report cases of substandard products on the market on our toll free line: 0800133133.

The Uganda National Bureau of Standards (UNBS) is a statutory body responsible for developing and promoting standards and quality of products and services to facilitate fair trade, promote local industries and protect consumers.