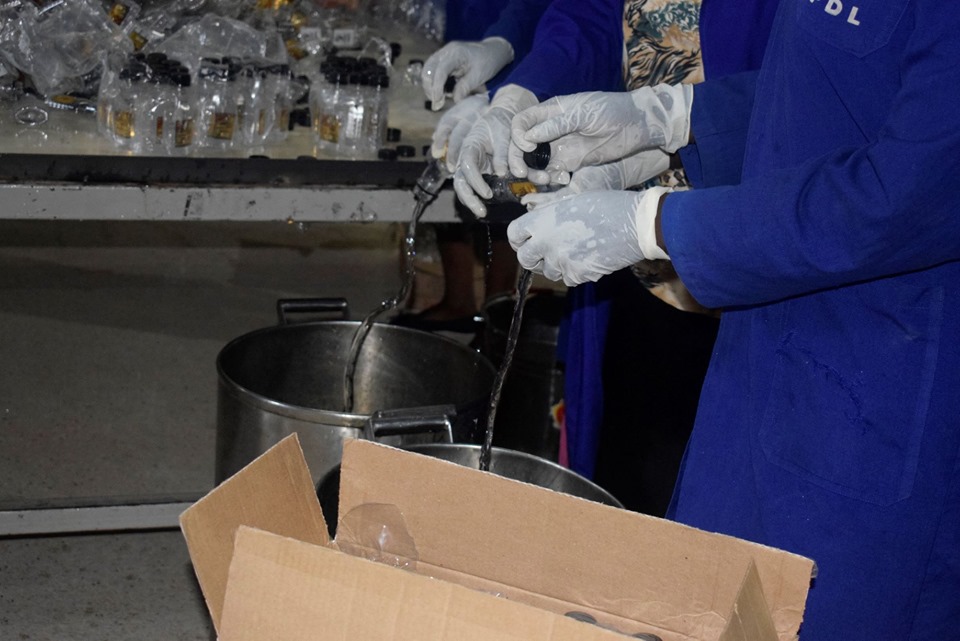 Uganda National Bureau of Standards (UNBS) witnessed the destruction of over 50 cartons of Royal Vodka alcohol packed in 100mls bottles, on Monday.

The destruction, by Parambot Distillers Limited along Gayaza road, follows a directive by UNBS to alcohol and spirits manufacturers to recall all alcohol sachets and bottles less than 200mls that are on the market. The recall directive by UNBS is aimed at strengthening the ban on packaging and selling alcohol in sachets and bottles below 200mls, which was issued by government through a cabinet directive in 2017.

To further effect the ban;

7 Shopping Mistakes you’re Making and How to Stop

UNBS Moves To Tighten Verification Of Weighbridges
Why you should stop using cosmetics containing Mercury and Hydroquinone.
Comment