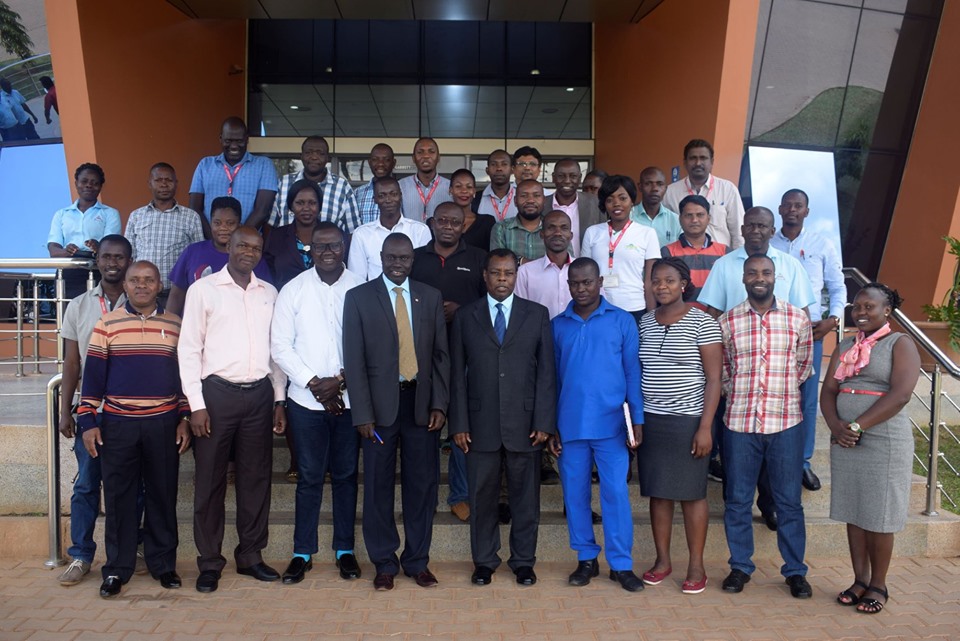 Uganda National Bureau of Standards (UNBS) has shifted focus to verification of weighbridges to ensure accuracy of the weighing equipment even in the absence of inspectors and clients or public.

During an engagement with stakeholders, whose companies use weighbridges, the UNBS Executive Director, Dr. Ben Manyindo revealed that a number of complaints have been received as a result of calibration of weighbridges; among them, inconsistences in measurements during transactions. He however emphasized that Verification of weighbridges will curb fraud and ensure fair trade.

Dr. Manyindo also revealed that UNBS trained and is still training more weighbridge inspectors in fraud detection to ensure that they are equipped with tools required for the new verification activity.

Unlike calibration where one could readjust their weighbridge after certification by UNBS, Verification will see weighbridges undergo two different stages to be certified by UNBS; Examination to ensure they have all that is required in terms of metrological construction and Testing to ensure accuracy of the equipment.

The verification stamp is designed for a specific period of time, after which the weighbridge owner has to engage UNBS for re-verification.

Weighbridge owners were cautioned against using weighbridges that are not fit for use for trade and using equipment that has been rejected by UNBS.

They were however advised to equip themselves with knowledge of the relevant regulatory and statutory instruments governing verification of weighbridges to ensure they are not caught on the wrong side of the law.

Despite the shift, calibration services are still offered by UNBS on a voluntary basis while Verification is mandatory.

The weighbridge owners raised concerns about the processes, which UNBS officials responded to, key among these is corruption.

The UNBS Acting Deputy Executive Director in charge of compliance, Andrew Othieno reiterated that UNBS has zero tolerance to corruption and asked the stakeholders to provide evidence of corrupt officials for action to be taken against them. The new Verification activity is expected to minimize fraud and errors during transactions.