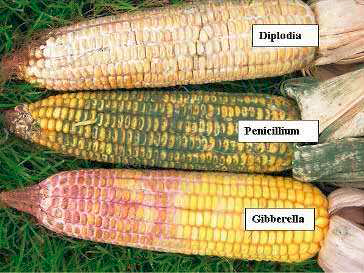 The term “quality” as applied to food material refers to those attributes of the food which make it agreeable to those who consume it. Attributes of quality may involve color, flavor, texture, absence of harmful substances such as microorganisms, insects, pest, labelling, etc.

On the other hand, Aflatoxin and pesticide residue could harm the consumer. Therefore, any grain that does not meet safety requirements is rejected despite looking physically appealing or meeting the general quality characteristics.

Grain quality may have different meanings to different people and may depend on the grain type and its end use. Since the requirements of farmers, traders, millers and consumers are not necessarily compatible; Quality Standards have to be established to even the playing field.

Challenges in the Maize Grain Sector

Among the major challenges in this sector revolve around maize grains which are not dried properly and therefore possess high moisture. Maize Grain that is not dry when stored, is at high risk for rapid deterioration and spoilage.  Dried maize grains should have a moisture content of no more than 13.5%.

The other challenge worth mentioning is the presence of aflatoxins. Aflatoxins are poisonous substances produced by certain kinds of fungi (molds) that are found naturally all over the world; they can contaminate food crops and pose a serious health threat to humans and livestock.

High Moisture content and heat stress are commonly associated with most aflatoxin outbreaks in Maize grains. Furthermore insect damage and poor storage can also contribute to higher occurrence of the moulds that can lead to aflatoxins. Large doses of aflatoxins lead to acute poisoning (aflatoxicosis) that can be life threatening, usually through damage to the liver.

Some of the key quality requirements for Maize grains include but not limited to the following;

Maize grains shall be classified as yellow, white, red or a mixture of these colors as follows:

Diseased grains appear rotten or unpleasing to the eye. They can often be observed without having to cut the grains to examine them. Mouldy grains have various colors depending on the mould or yeasts that could have afflicted them e.g. green, blue, black, grey etc. Diseased grains are unsafe for human consumption due to decay, moulding, bacterial decomposition, or other causes.

These are maize grains that have visible blue, white, green, mycelial growth on its tip or surface. Moulds, especially Aspergillus flavus are dangerous to humans and animals as they cause mycotoxins e.g. aflatoxins. Aflatoxins can cause aflatoxicosis and are known to be cancer inducing. Aflatoxin contamination cannot be detected using eyesight. Good white maize could still have potentially high levels of Aflatoxin. Mouldy grain could have high levels of mycotoxins though. When grading, mouldy kernels should be counted as part of diseased grains. Musty smell could indicate moulding. Grain with musty smell of generally appearing mouldy should be rejected.

Insect or vermin damaged maize kernels are those that have been partially eaten by weevils, grain borers or other crawling pests. Some grains may have insects or insect webbing. Insect or their larvae may be present. The grain kernel may have the germ partly or wholly destroyed. Insect parts or their waste may also be an indicator of infestation, and renders the maize unsuitable for human consumption. The pictures below show some examples of insect or vermin damage.

Discolored grains are kernels that are materially discolored by excessive heat, including that caused by excessive respiration (heat damage) and dried damaged kernels. Kernels may appear darkened, wrinkled, blistered, puffed or swollen, often with discolored, damaged germs. The seed coat may be peeling or may have peeled off completely, giving kernels a checked appearance. These should be rejected.

Kernels showing visible signs of sprouting, such as cracked seed coats through which a sprout has emerged or is just beginning to emerge. At the early stages of germination, grains may be bulged. These are unsuitable for human consumption.

Additional details about the acceptable Quality of maize grains can be obtained from Uganda Standard: US EAS 2:2017, Maize grains — Specification (2nd Edition).