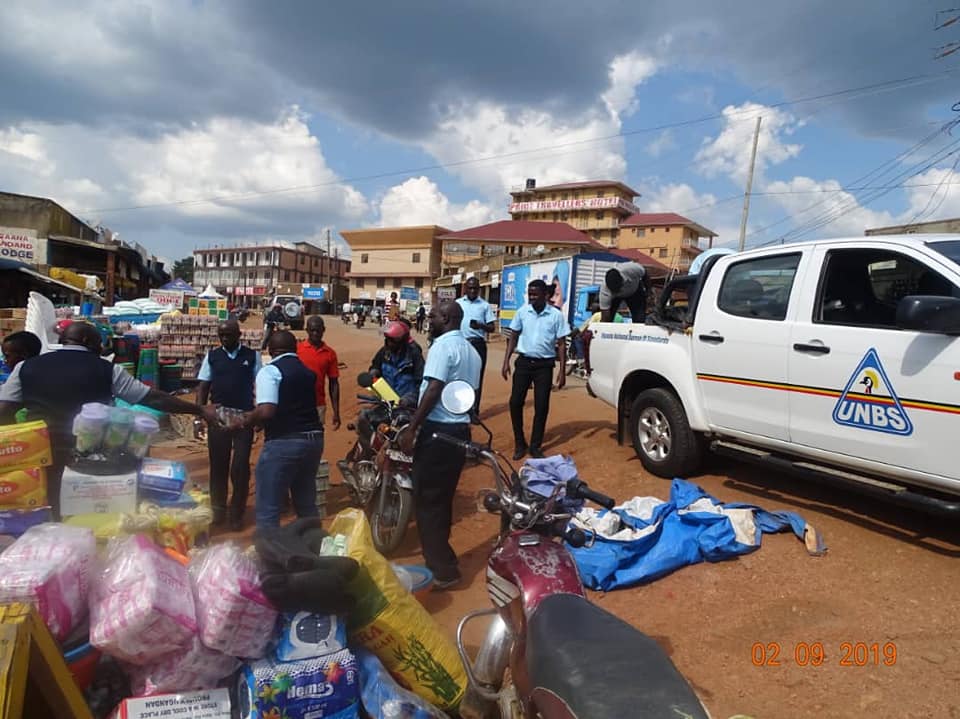 The Uganda National Bureau of Standards has seized substandard electricals, alcohol and beverages in Western Uganda. The inspection was carried out by the Market Surveillance team in supermarkets, and general shops to rid the market of substandard goods and to enforce the Distinctive Mark regulations of 2018.

The shops in the areas of Mubende, Kyegegwa, Mbarara, Fort Portal and Kasese were found in operation selling various categories of drinks and beverages and other non-food items.

Upon inspection, alcohol packaged in 100mls plastic bottles were found and seized and business owners issued with a seizure notice. This follows the ministerial directive that prohibits the sale of alcohol in sachets and in volumes less than 200mls.

Hardware stores were also inspected to ensure that the various construction materials meet the required standards. Upon inspection the team found expired vanish stain on the shelves and it was seized.

In addition, the team sensitized shop owners and attendants about the requirement to sell certified products in the market. They cautioned traders against selling uncertified products and alcohol packaged in quantities of less than 200mls.