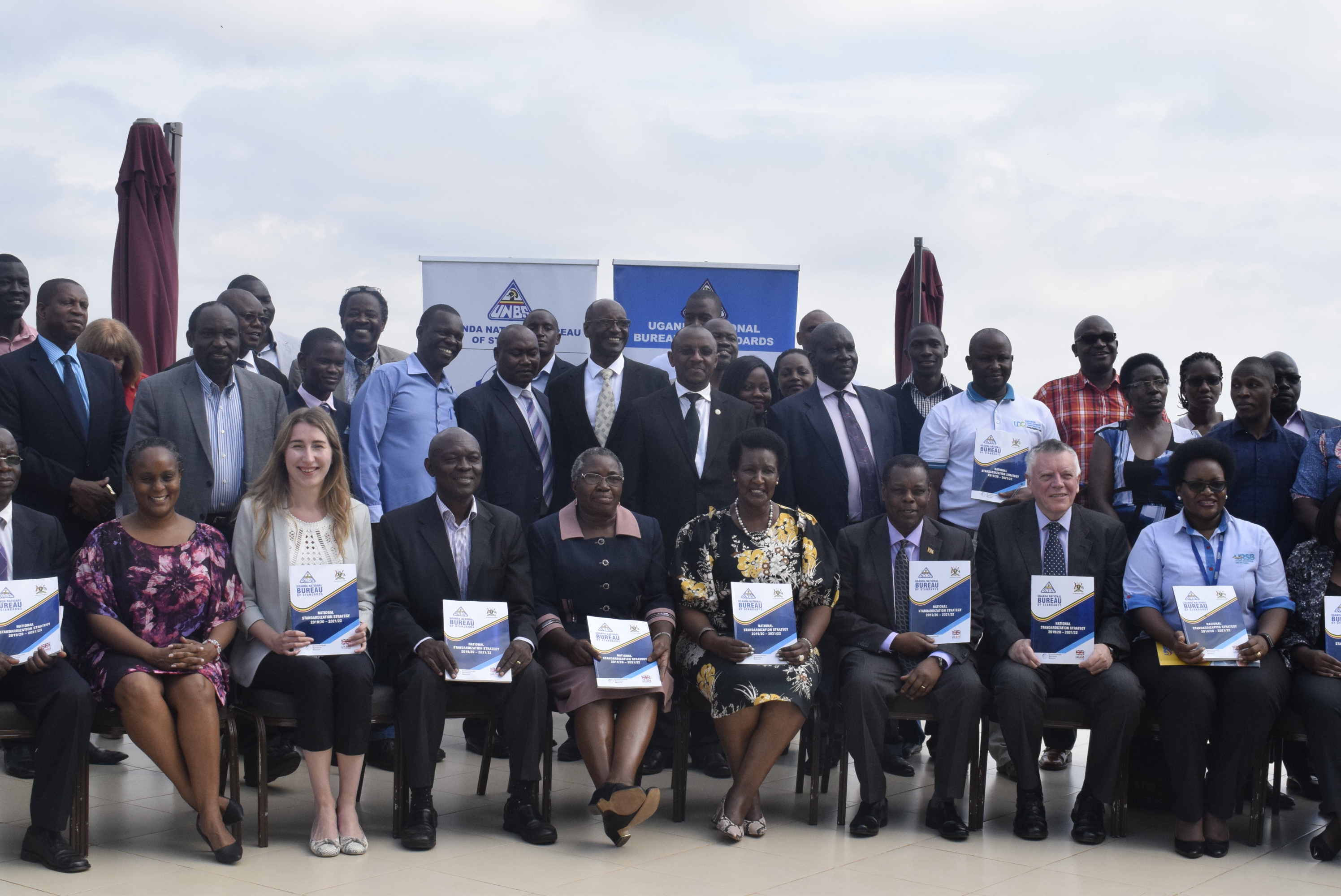 The Uganda National Bureau of Standards (UNBS), has launched the first National Standardisation Strategy (2019 -2022) as a roadmap for developing standards in key priority sectors of the Ugandan economy.

The three-year strategy was developed in consultation with several stakeholders and industry experts in Manufacturing, Export Trade, Agribusiness and Consumer Organisations, among others and supported by the Commonwealth Standards Network (CSN).

While launching the Strategy at Skyz Hotel in Kampala, the Minister of Trade, Industry and Cooperatives, Hon. Amelia Kyambadde, said, “The National Standardisation Strategy will improve the competitiveness of Uganda products and services thus promoting Buy Uganda Build Uganda policy and improving access to regional and international markets.”

During the implementation of the three-year strategy, 2,064 priority standards will be developed in key sectors of the economy including chemicals, consumer products, engineering, food and agriculture as well as Systems and Services. Government through UNBS is expected to spend Shs4.6 billion to effectively develop the identified standards in the strategy.

The UNBS Executive Director, Dr. Ben Manyindo, said, “The strategy has been designed to support economic growth and national development plans by developing standards in sectors that contribute to the national GDP and national exports and imports in addition to addressing the most pressing non-economic issues such as security, safety and quality of products in the market.”

The areas for standards development were guided by results from the review and analysis of data national data on contribution to GDP, export and import; research of non-economic areas that are of key priority and review of the National Development Plans to identify emerging sectors which are expected to have significant importance in the transformation of the Uganda economy.

“The strategy addresses social and environmental issues facing the population such as health, safety and environment protection, poor infrastructure and quality of services, poor skills and unemployment. It also addresses the need for standards that contribute to enterprise competiveness, productivity and market access,” Dr Manyindo said.

“UNBS will work with Government Ministries, Departments and Agencies (MDAs) and other key stakeholders to support the effective financing and implementation of the strategy,” Dr. Manyindo added.