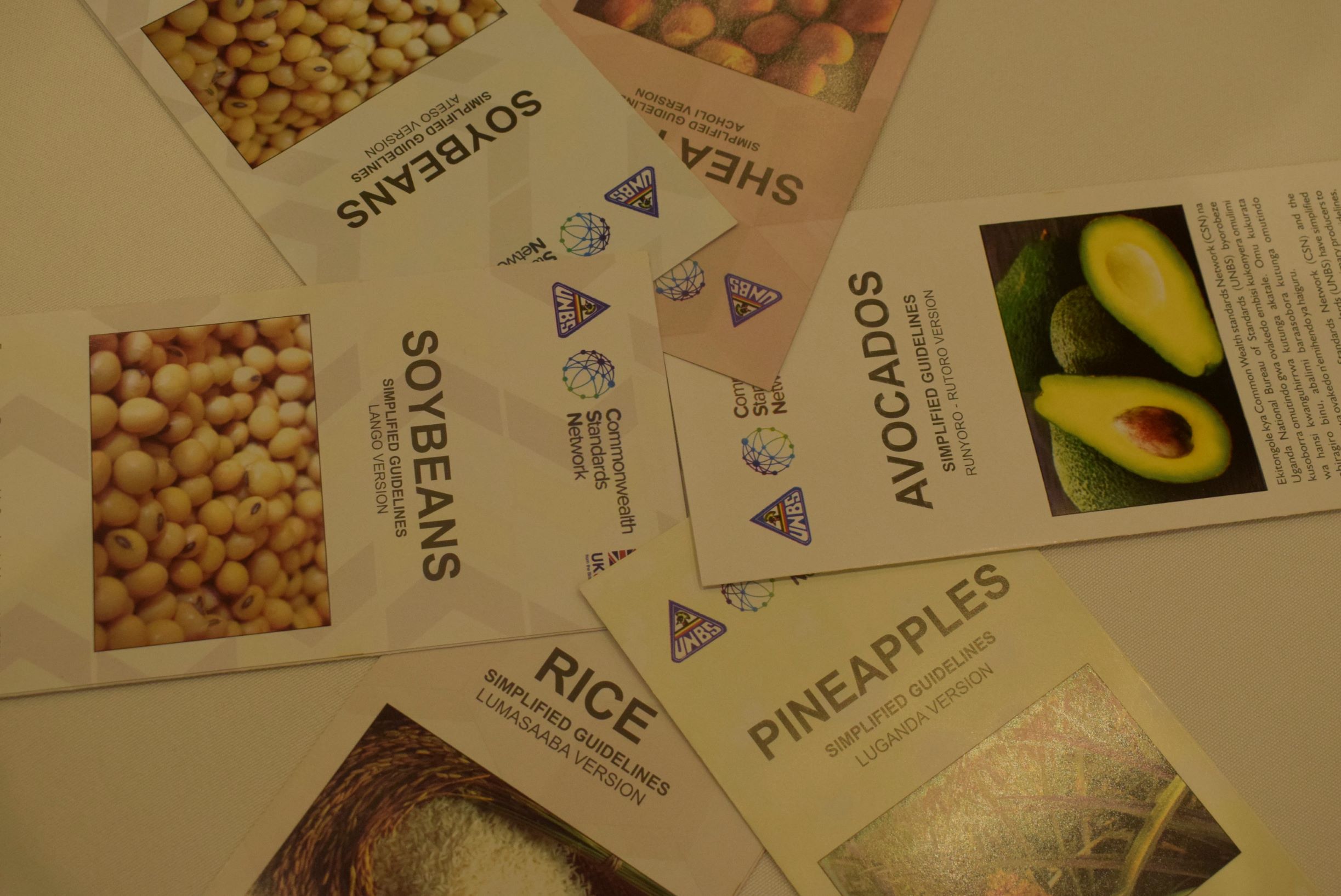 Kampala 27th September 2019 – Uganda National Bureau of Standards (UNBS) has translated simplified guidelines from English to six local languages to make it easy for local farmers to understand the standards.
Guidelines for rice, shea nuts, soybeans, pineapples and avocado standards were translated to Luganda, Lango, Lumasaaba, Ateso, Acholi and Runyoro-Rutooro, with support from the Commonwealth Standards Network (CSN) and consultations with stakeholders and experts in the respective fields.
During the handover ceremony of the translated simplified guidelines, Graham Holloway, the CSN Project Team Leader for Africa Stream, said that the survey done in different parts of Uganda showed that language barrier is one of the major challenges faced during standards implementation because standards are written in English which is not easy for the local farmers to understand, thus the need for translation of the guidelines to local languages.
The UNBS Deputy Executive Director in charge of Standards, Patricia Ejalu, noted that translation of the guidelines is the best way to get to the grassroots and that it should be made a routine.
The stakeholders requested for more enterprises whose standards can be simplified to be identified and their translations done, stressing that sustainability is key.
The translated guidelines are to be distributed to farmers in different parts of Uganda.
Uganda National Bureau of Standards (UNBS) is a statutory body responsible for developing and promoting standards, quality products and services to facilitate fair trade, promote local industries and protect consumers.

UNBS Responds to Market Needs through the Water Meters Rules