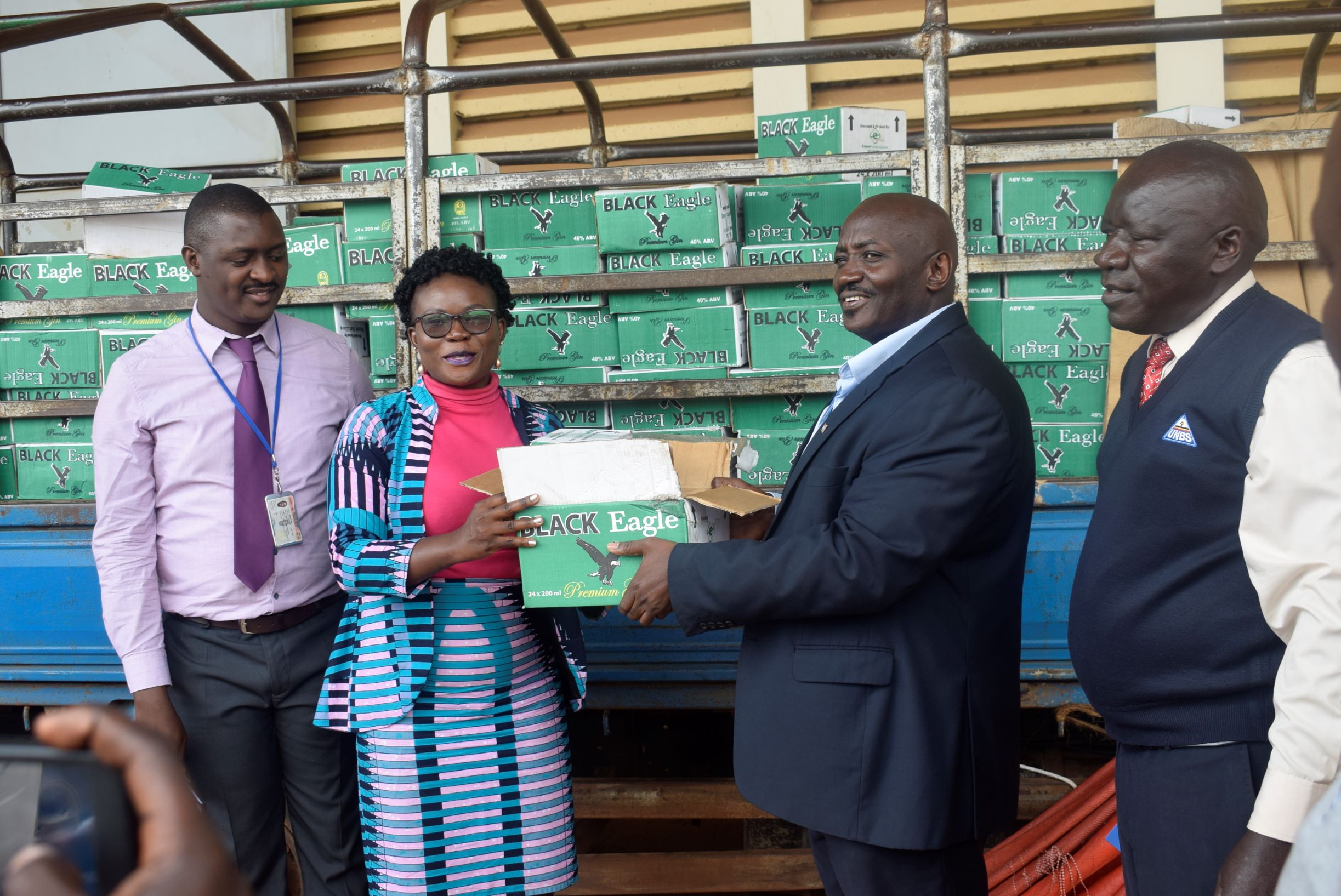 Uganda Revenue Authority (URA) has handed over 1,100 cartons (2,640,000 liters) of alcohol packed in sachets and bottles less than 200mls to Uganda National Bureau of Standards (UNBS) for further legal action.

The trader concealed the 100mls alcohol bottles in boxes labelled 200mls, it was also discovered that alcohol manufactured by the various industries had the UNBS quality mark despite having not been certified. The products were also found not having batch numbers and date of manufacture.

One of the suspects found transporting the alcohol was also handed over to UNBS for legal action.

In 2017, government issued a directive banning consumption and sale of alcohol in sachets and bottles less than 200mls.

To enforce the ban, the Minister of Trade Industry and Cooperatives, Amelia Kyambadde launched a multi-sectoral task force among which URA and UNBS is part.

The Assistant Commissioner of Enforcement at URA, Agnes Nabwire Asobola appealed to the public to take it up as everybody’s responsibility to get rid of products banned by government.

The manager of surveillance at UNBS, Daniel Arorwa, thanked URA for the team work, and assured the public that the taskforce is to continue enforcing the ban on alcohol packed in sachets and bottles less than 200mls.