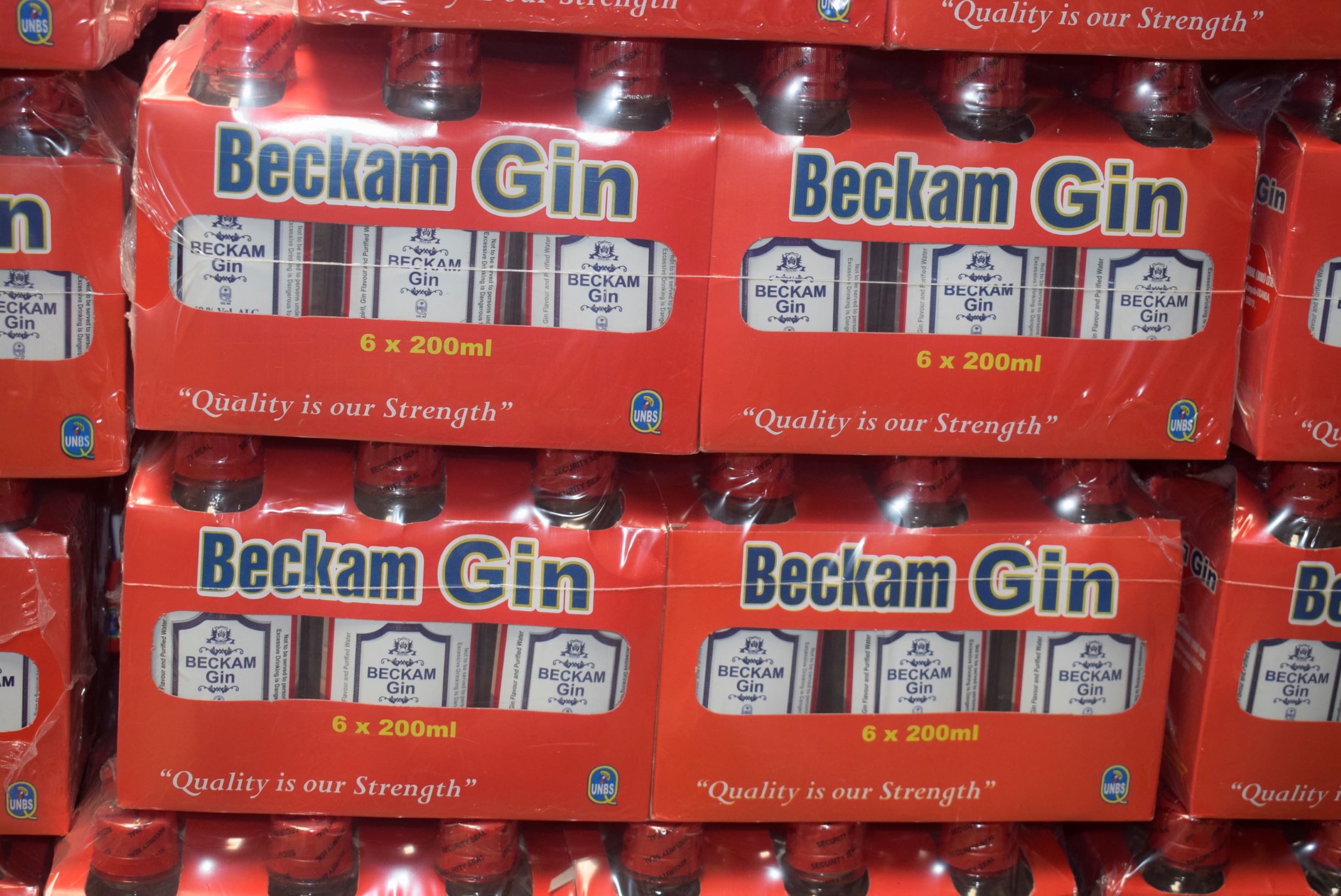 The Uganda National Bureau of Standards (UNBS) has sealed off Boss Beverages International Limited in Kireka, makers of Beckam Gin for packing Waragi in bottles less than 200 mls and illegally fixing the UNBS Distinctive Mark on the carton packaging.

The 573 cartons of 200mls bottles of Beckam Gin found at the premises were seized because the bottles did not have a UNBS Distinctive Mark, batch number and production date.

The packaging cartons were also found with an illegally affixed UNBS Distinctive Mark although the certification permit had expired.

The bottles, like the ones found at the company premises, had no Distinctive Mark, batch number and  production date.

The company directors were summoned to UNBS CID Office for further investigations and subsequent prosecution. The UNBS Act prohibits the sell and distribution of substandard products. If found guilty offenders are liable to a fine of not less than 1000 currency points (Shs20 million) or a jail term of not less than three years or both.

UNBS will continue with the operation against alcohol packed in bottles less than 200mls and factories operating without valid certification permits across the country to protect the health and safety of consumers.

The UNBS Manager Market Surveillance, Mr. Daniel Arorwa, called on manufacturers to ensure that products comply with the requirements of the standards set by UNBS.