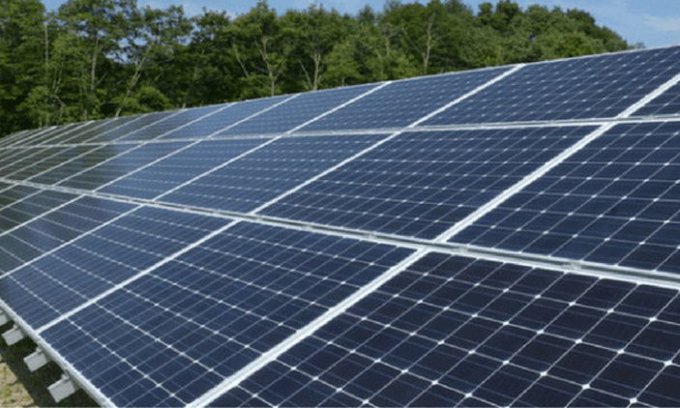 It is often said that human beings are living on this planet as if we had another one to go to. We seem to be concerned about the here and now, forgetting about the young generation that will be here many years after. While everyone is seemingly interested in the money on their bank accounts, we cannot ignore the effect of our activities on the environment.

Guy McPherson cleverly stated, “If you really think that the environment is less important than the economy, try holding your breath while you count your money.” The raging typhoons, the deadly landslides, the shifting seasons and the receding shoreline of water bodies are all evidence of the dangerous pressure we have imposed on the environment.

Climate change is not some far-off, future problem we will have to face in a few decades. The reality is that it is happening right now, and is threatening small and large businesses alike, whether we pretend to notice or not. While the problem can sometimes seem overwhelming, we can turn things around — but we must move beyond climate talk to climate action.

In the face of the worsening climate crisis, the Uganda National Bureau of Standards (UNBS) has developed standards that contribute directly to the United Nations Sustainable Development Goal (SDG) 13 on climate action.  The standards play an essential role in the climate agenda, helping to monitor innovations of alternative energy sources, quantify greenhouse gas emissions and promote good practice in environmental management.

One notable example is the adopted ISO 14000 family of standards for environmental management systems, which detail practical tools for organizations to manage the impact of their activities on the environment.

Uganda has approximately 6.5 billion barrels of oil reserves, with at least 1.4 billion estimated to be economically recoverable in Western Uganda. While the exploration of this energy is economically viable, the consequences could be devastating for the environment and local communities if not handled properly.

UNBS in collaboration with the Ministry of Energy and Mineral development developed the Uganda Standard US 1585:2017 Environmental protection – Onshore oil and gas production operations – Requirements. The standard provides requirements for environmentally sound practices for operations and is applicable to contractors, service providers as well as operators in the oil and gas sector.  With upstream and midstream projects currently under way, it is therefore imperative that the entire oil and gas E&P value chain apply these standards to mitigate the effects of exploration.

Scientists agree that an increase of GHG emissions in the atmosphere cause climate change. Sectors such as electric power, transportation, and industry, commercial and residential consumption account for an increase in these emissions. Innovations have exploded to provide alternative energy sources to fight climate change.

Any solution to address climate change must include significant development of solar energy to power a clean, affordable economic future. Solar energy is a renewable, carbon-free resource with enormous potential to reduce our nation’s GHG emissions. This is why UNBS developed standards such as US 857-1: 2011 Custom built solar systems – Part 1: General requirements, and US ISO 9553:1997 Solar energy – Methods of testing preformed rubber seals and sealing compounds used in collectors, among others. This is because while innovations to combat climate change are necessary, they must be regulated to ensure that they meet basic quality and performance requirements.

Standards have gone as far as harnessing the power of solar in agriculture. Uganda Standard US 640:2006 Code of practice for production, handling and processing of solar dried fruits was developed to provide for alternative sustainable means of drying produce other than hydropower.

UNBS works alongside partners such as Uganda Solar Energy Association (USEA) to advocate for a broad transition to a clean energy economy using solar. In May 2019, UNBS received electrical testing laboratory equipment that conducts tests on solar Photovoltaic (PV) equipment from Department for International Development (DFID).

This donation goes a long way in building the capacity of UNBS to ensure quality of solar panels and batteries on the Ugandan market. Solar technologies are a crucial component of our nationwide effort to curb emissions and achieve ambitious climate goals. Solar energy is not just a solution that can help mitigate our impact on the climate; it also contributes to the resiliency and reliability of our electric grid in the face of increased natural disasters and powerful storms that become more frequent in a changing climate.

Standards can and will be developed for many aspects of climate action. However, the next step then becomes for businesses to assess which of these existing standards, if implemented, would help them become better prepared for changing average and extreme conditions. That way, climate change could be easily mainstreamed into existing practices.

While UNBS continues to explore additional ways within its mandate to fight climate change, in the end, standards are only as good as their application in practice.

Ugandans cannot afford to choose between addressing climate change and promoting trade; the two are interlinked and will become increasingly so over the near future. Rather than avoid the conversation, we must all combine our efforts to ensure that everyone in their own small and big way recognises the impact of their activities on the environment so that together, we can achieve a clean and healthy environment for all.

Visit our website at www.unbs.go.ug to find out more about the standards developed in a particular sector.

The writer is the Public Relations Officer at Uganda National Bureau of Standards.