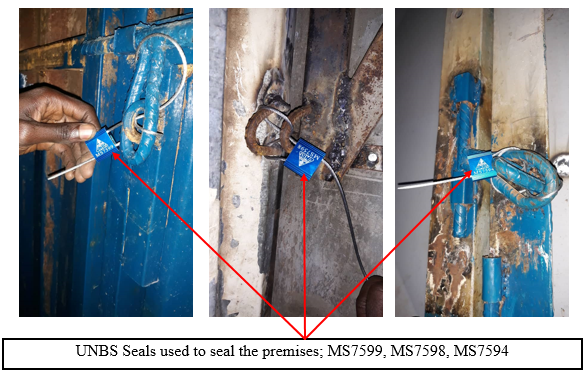 The Uganda National Bureau of Standards (UNBS) has sealed off Makip (U) Limited in Ntenjeru Town Council for manufacturing plastic carrier bags of less than 30 microns contrary to Uganda Standard US 773:2007, Plastic Carrier bags and flat bags – Specification.

The operation follows a tip-off by a concerned citizen.

The UNBS Market Surveillance Team found that there was evidence of burning of plastic carrier bags that were less than 30 microns as a way of concealing the crime.

The non-conforming items; 154 unused rolls, 37 finished products (in pieces) in sacks estimated to weigh 100kg each and 1447 bags finished products were seized and the production areas of the factory sealed off.