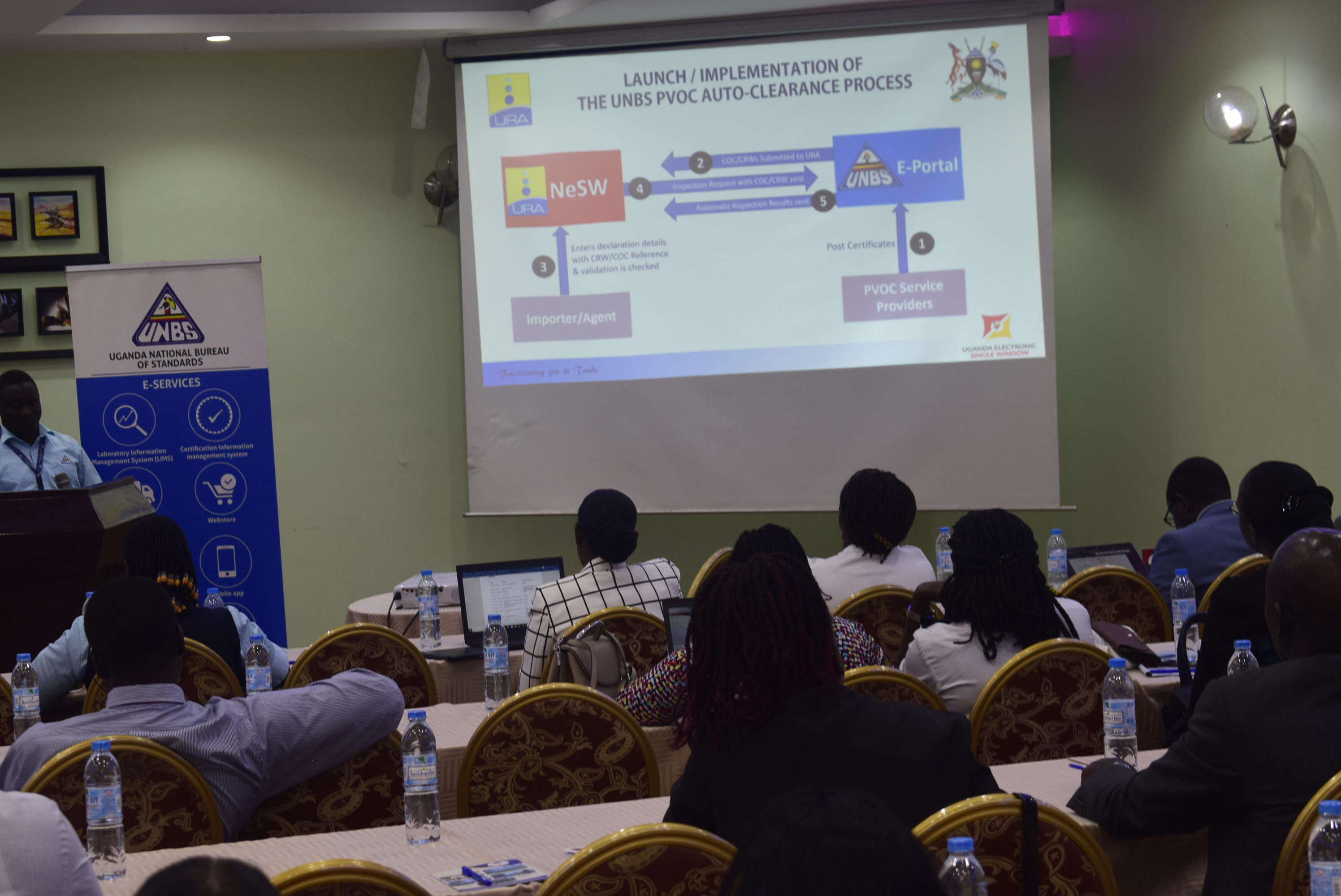 Importers whose goods have been inspected in the country of origin are now assured of faster clearance, following the revision of the Uganda National Bureau of Standards (UNBS) Imports Clearance Procedures.
Under the new procedures all goods with valid Certificates of Conformity (CoCs) for general goods and Certificate of Road Worthiness (CRW) for motor vehicles will be cleared automatically without subjecting them to further assessment from UNBS Inspectors.
While launching the New Clearance Procedures, UNBS Executive Director, Dr. Ben Manyindo, said, ““The new procedures have been designed as trade facilitation measure to guarantee faster clearance of goods that comply with the requirements of Imports Inspection and Clearance Regulation, 2018.”
The Imports Inspection and Clearance Regulation, 2018 requires that all goods covered by compulsory standards must be inspected in the country of origin before they are allowed on the market in what is known as Pre-Export Verification of Conformity (PVoC).
The new clearance procedure is a result of integrating data generated by UNBS appointed PVoC Service providers from all over the world with the National Electronic Single Window (ESW) and ACYUDA World. The development of an integrated system was supported by Trade Mark East Africa.
It means that for each customs declaration logged into the imports clearance system on arrival, the ESW will validate the COC/CRW data and effect immediate release thereby reducing the time taken to clear the goods.
“The approach will ensure that compliant importers get faster clearance leaving our inspectors to concentrate on importers whose goods have not been inspected in the country of origin,” Dr. Manyindo said.
Goods that have not been inspected attract a penalty of 15% Cost Insurance Freight (CIF), payment of destination inspection fees and Testing. UNBS inspectors often retain such goods until tests have been carried out and results obtained.
UNBS has now embarked on raising awareness among traders about the automatic clearance process which is expected ensure faster clearance of goods and reduce the cost of doing business.