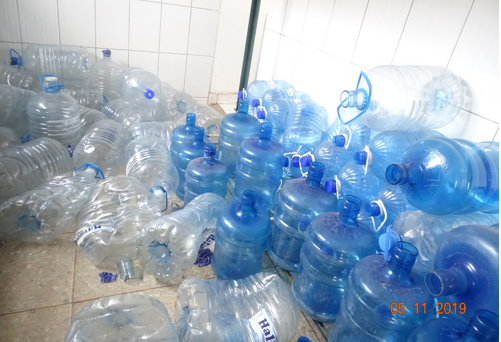 The Standards court has fined Jjunju Musa, the proprietor of Halaal Water and Beverages Company for manufacturing substandard packaged mineral water and use of the Uganda National Bureau of Standards (UNBS) Quality mark illegally contrary to the UNBS Act as amended 2013.

Musa pleaded guilty to the charges and was fined 11 million shillings for the offences.

This comes after a joint surveillance inspection between UNBS and KCCA, where Halaal Water and Beverages Company in Old Kampala was found producing packaged mineral water in unhygienic conditions contrary to Uganda Standard US 28:2002, Code of practice for hygiene in the food and drink manufacturing industry.

In addition, the water bottles were found with a UNBS Quality mark yet they were not certified. As a result, the premises were sealed off and a case opened against Musa.