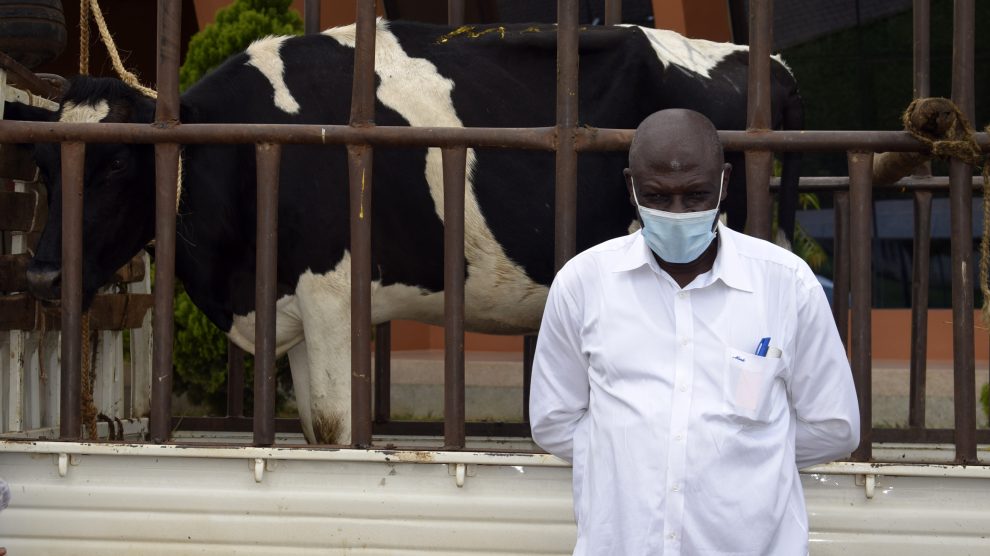 The Blue Brothers of Uganda National Bureau of Standards (UNBS) on Friday celebrated long serving Principal Accountant, Dr. Mark Kayongo with a gift of a cow, worth close to two million shillings. 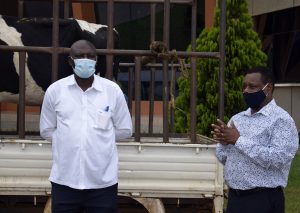 The UNBS Executive Director, Dr. Ben Manyindo, handed over the gift to the celebrant.

During the handover, Dr. Manyindo thanked Dr. Kayongo for his loyal service to the institution for the over thirty (30) years. He also thanked the Blue Brothers for the generous act of gifting Dr. Kayongo as he retires from active service, and asked UNBS employees to emulate Dr. Kayongo’s loyalty.

Samuel Kasule, one of the Blue Brothers said that Dr. Kayongo is worth the celebration because he has always extended a helping hand at their point of need, ever since they joined the Bureau. 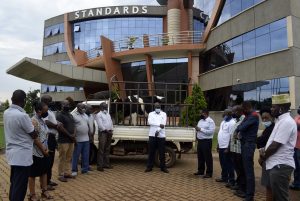 “Dr. Kayongo has been a parent to us and we will miss him!” said George Ndamagye, another member of the Blue brothers.

The celebrant, Dr. Kayongo thanked the Blue Brothers for the gift. He urged them to be loyal to UNBS, settle and develop themselves and desist from corruption tendencies.

The blue brothers derive their name from the blue UNBS corporate wear that was initially tailored for UNBS drivers, before being rolled out among all UNBS staff.