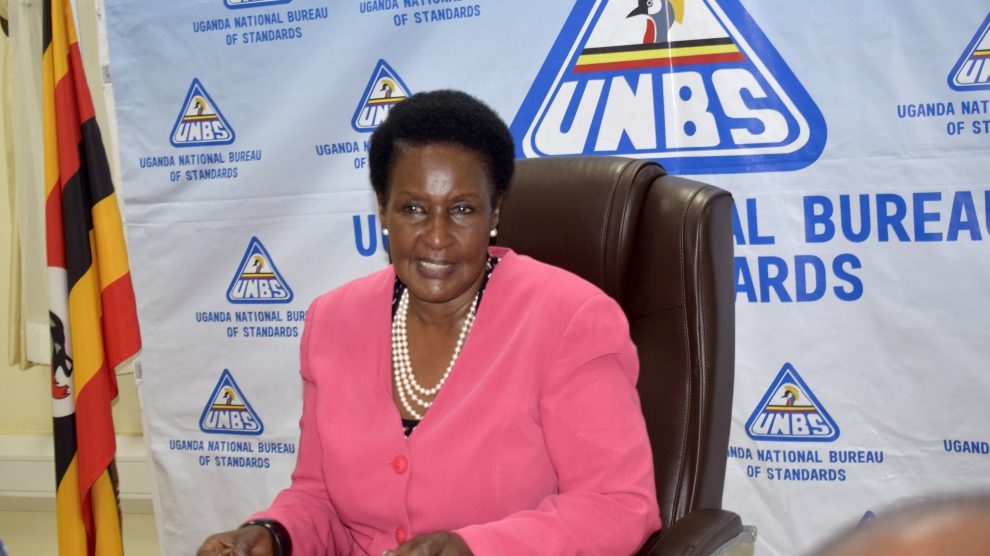 The Minister of Trade, Industry and Cooperatives, Hon. Amelia Kyambadde has commended Uganda National Bureau of Standards (UNBS) for the improved service delivery over the last five financial years; 2015/16  to 2019/20.

Hon. Amelia Kyambadde made the remarks during a meeting with top UNBS managers to assess the standards body’s performance as she concludes her five-year, second term as the Trade Minister. 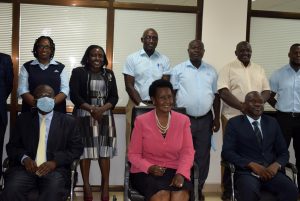 “My first five years as Trade Minister were difficult, but these last five years have been very fruitful specifically for UNBS. It has boosted the sector performance.” Hon Kyambadde said.

Kyambadde thanked UNBS for the tremendous achievements, among them, harmonising standards with the East African region which has boosted trade, completion of construction works for  the Standards House and Food safety laboratories. 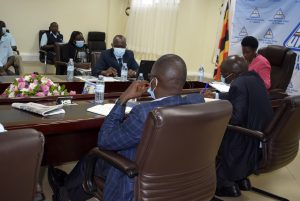 She further urged UNBS   to enhance collaboration with the private sector, traders and consumers as well as extending laboratory facilities and services to the different UNBS offices in across the country. 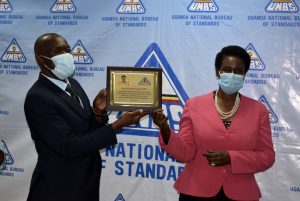 Mr. Ebiru revealed that UNBS is currently advising all  Micro Small and Medium enterprises to form associations for tailored assistance from UNBS including reduced certification permit costs from UGX 800,000 for MSMEs to UGX 500,000 and from UGX 1,500,000 for large enterprises to UGX 1,000,000 per year.

The UNBS report over the last five years indicates that;

In addition to the UNBS achievements cited by the outgoing Trade Minister, Mr. Ebiru also mentioned decentralisation of the certification and market surveillance activities to Gulu, Mbale and Mbarara, Automation of UNBS core services to allow online and remote access to UNBS services by stakeholders, increase of UNBS staff from less than 300 to 440 and increased collaboration with other government Ministries, Departments and Agencies and the private sector associations and umbrella bodies.

“The UNBS focus in the next five years is to   double what has been done so far, by increasing focus on private sector development, Agro-industrialisation, Manufacturing and sustainable Petroleum Resources Programme.” Mr. Ebiru added. 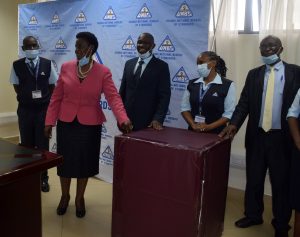 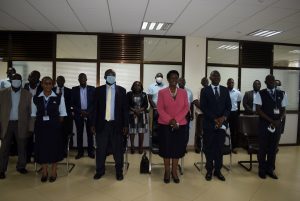 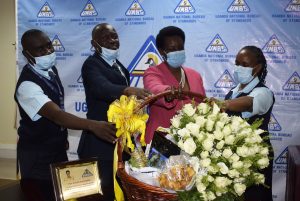 UNBS is committed to developing, promoting and enforcing standards in protection of Health and Safety of the public and the Environment from dangerous and harmful substandard products, as well as facilitating Fair trade and Competition.