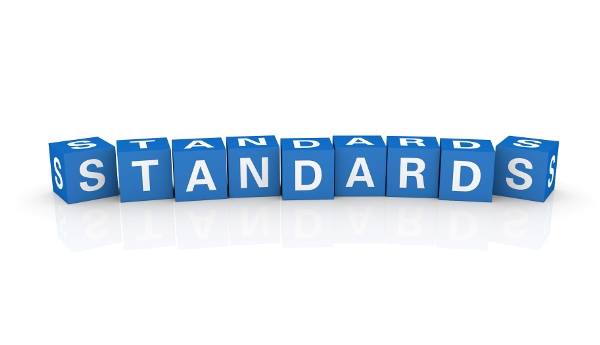 The East African Standards Management Committee is responsible for the development of harmonised standards in all the sectors i.e. products and services. The main role of the SMC is to provide support to technical committees in the EAC to have the agreement on standards intended for harmonization so that products can easily cross borders within the seven (7) East African Community (EAC) partner states.

There are currently 64 Technical Committees in the EAC which are spread across the sectors of engineering, chemical & consumer products, food & agriculture and Management & financial services. The main focus for the EAC SMC is to ensure that standards are developed for the most traded commodities in the region. Secondly, for products that are thought to gain a market outside the EAC the SMC ensures that these standards too are developed accordingly.

The good thing with the EAC SMC is that the need for standards is as a result of studies which have been undertaken by the private sector organisations such as the East African Business Council, as well as development partners such as TradeMark East Africa (TMEA) on cross border trade of products. These studies are instrumental in identifying standards that need to be developed. It is therefore not by mistake that there are harmonised standards for maize, cement, milk & milk products, and steel, among others.

The main reason why Ugandan products are able to compete favourably on the EAC market is because there is a standard for these products. Without existing harmonised standards, the products would not be able to cross the borders.

The other reason is that there is a recognition of EAC partner states quality marks. This means that for products that have been certified in the country of origin within the EAC are allowed entry into other markets. In fact, if there is a harmonised standard then it becomes even easier for entry of that product as opposed to having various standards for each country for the same product. The country will require that the product be tested against their own standard even if the product has already been tested in the country of origin.

The other guiding tool that is used at the EAC SMC is the three year regional standardisation plan/standardisation strategy which has identified the priorities for the EAC in terms of harmonisation of standards taking into consideration the different strategies approved at the EAC Secretariat in Arusha. For example, there is a current strategy in the EAC to promote development of the leather value chain to replace the heavy imports in that sector. As soon the strategy was issued, the immediate contribution of the SMC was to identify areas in which to develop standards to support the implementation of that strategy.

Currently there are approximately 500 indigenous EAC standards that have been harmonised. This number includes those standards that we have recommended for adoption by the partner states. It is therefore normally a two-tier process; that is, there are standards for individual products e.g. a standard for maize but there is an ISO standard for testing aflatoxins in maize. The EAC cannot adopt it because the EAC is not member of ISO as a block while the individual countries are members of ISO. So we only recommend the partner states to adopt the standards.

The other aspect of our work is that we train the technical committee members to appreciate and develop standards as per the principles and procedures for development of East African standards. This is done because stakeholders that are used to developing national standards struggle to cope with the discussions in the regional meeting. The argument you have while developing standards for water in Kampala should not be the same one  at the EAC level because the regional interests and contexts should be taken into consideration for the wider good of the region. Therefore, in collaboration with the partners, we have developed a training manual for the 64 technical committees as well as the stakeholders. So far, trainings have been done for chairpersons, secretaries and members for selected active committees. Additionally, we encourage stakeholders to participate in discussions at the international level  to get expert knowledge on negotiations during the development of regional standards.

Uganda is still the chair of the EAC SMC until April 2023 and we would like that by the end of that period, our contribution should  have helped in terms of ensuring that standards harmonisation continues amidst the COVID-19 pandemic. We are happy to note that the TCs are able to work virtually to ensure ongoing standards work.

The EAC SMC then becomes the mirror committee to the ARSO SMC. In fact, most standards at the continental level are derived from the Regional Economic Community (REC) standards. The current stock of standards in ARSO are mostly East African standards because the EAC is the most vibrant Regional Economic Community (REC) in Africa which may   be the only one with harmonised standards. Everything that has been developed at ARSO including procedures, structures, and processes have all been benchmarked from EAC.

As indicated earlier, the dynamics at the continental level are different. All 42 ARSO member states are variably independent in terms of standardisation and so the journey has been long. The structure at ARSO secretariat has been lean and there has been a lack of sustainable processes. However, they have since restructured to have 82 technical committees because of the African Continental Free Trade Area (AfCFTA) Agreement.

African standards have been identified as a tool to be used to facilitate intra-Africa trade. Therefore, the ARSO SMC is a committee with representation from the 8 RECs as well as member states. Uganda is well placed because it is represented on the committee and as well as the EAC  The SMC is instrumental in undertaking prioritisation of work to be done to support the implementation of the AfCFTA. Under the Abuja Treaty, there are commodities that were agreed on as priority commodities for Africa. Incidentally, majority of them are in the food & agriculture sector for which EAC has already existing standards.

Most of the work in ARSO has been at International Organization for Standardization (ISO) and International Electro-technical Commission (IEC) ensuring that there is no multiplicity of standards. Where a standard exists, they are recommended for harmonisation. There are few indigenous African standards e.g. shea butter, dried meat etc. most of which are picked from already harmonised EAC standards.

However, the difference at EAC is that partner states are required by law to adopt standards within 6 months of their approval in Arusha. With ARSO, it is a loose membership so there was keen law to necessitate members to adopt the standards. Therefore, this then becomes the work of the SMC to ensure that adopted harmonised standards are implemented across all member states under ARSO. This is the right time for this because of the AfCFTA otherwise there is no way goods are going to move across African states borders without using the same standard. There are other barriers but the one that is used easily is the standard.

The good thing is that ARSO now has Memorandum of Understanding (MoUs) with the ARSO secretariat and we believe that member states are getting there in terms of adoption. ARSO has just launched a study to understand why member states are not adopting these standards and by extension implementing them. Uganda is part of the study and has already submitted proposals on what ARSO needs to do to ensure that there is ownership of the process and effective participation.

The ARSO SMC is interested in the full adoption and implementation of African standards as well as to demonstrate the impact of standards in both regional and continental trade.

Electoral processes can be improved with Quality Management guidance