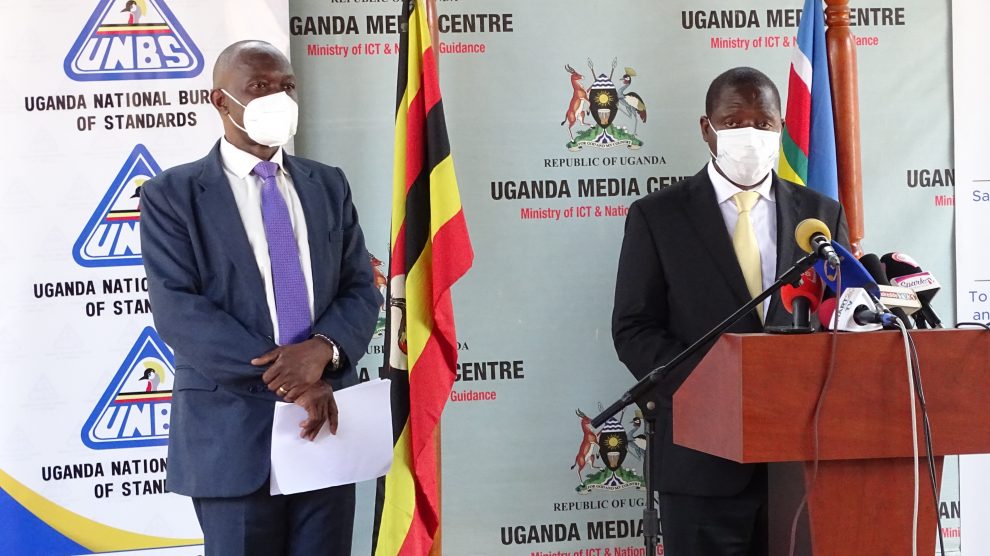 In exercising its mandate of Promoting and Enforcing National Standards in order to Protect the Safety and Health of the Public against Consumption of Harmful and Substandard Products on the Market, Uganda National Bureau of Standards (UNBS) prohibits the importation, manufacture, sale, distribution or holding for the purpose of selling any product that does not conform with the Compulsory Uganda Standards.

It is against this background that UNBS Enforcement Team traveled to Arua City on the 21st August, 2022 to establish the circumstances under which about 17 people who consumed a Local Gin known as City 5 died and others taken ill after its consumption.

The Bureau joined the Uganda Police Force and Local Authorities to investigate the matter and in particular pick the necessary product Samples of the City 5 Gin for Laboratory Analysis in order to ascertain its contents and ingredients therein which could have caused the sudden death of its consumers.

By the time UNBS Team arrived in Arua City, the Uganda Police Force had already apprehended Four (4) Suspects and taken them in to custody at Arua Central Police Station. The suspects included the manufacturers and the person who was selling the City 5 Gin in a particular Kiosk (Bar).

The Uganda Police Force had also picked the Sample of the packaged bottles of City 5 Gin from the Kiosk where most of the Victims has purchased it from and this led them to the Factory where the Gin was suspected to have been manufactured from called Luluwiri Fruit Wine located at Pajulu.

The Bureau noted that it had certified Luluwiri Fruit Wine to produce Semi-Sweet Still Table Pineapple Wine after undergoing conformity assessment and that the same Luluwiri Fruit Wine had attempted to apply for certification of City 5 Pineapple Flavored Gin which failed Laboratory Analysis for having Low Alcohol Content which was below 37.5% volume required of a Gin as per specifications of the standard. Therefore, the City 5 Gin had not yet been certified by UNBS for conformity to the relevant standards and therefore should have not been in production and for sale to the public.

UNBS also picked two (2) Samples from a nearby facility called Dbtech Enterprises which had also applied for certification of another Gin called A-City and found Six (6) unmarked drums containing Alcohol. UNBS had also not yet completed the conformity assessment for this product and is not allowed to be on the market.

RESULTS FROM LABORATORY ANALYSIS OF SAMPLES

ACTIONS TAKEN AND TO BE TAKEN BY THE BUREAU

We extend our heartfelt condolences to the families who have lost their Dear Ones.

FOR GOD AND MY COUNTRY